Certified by the Georgia Commission on Dispute Resolution

​Arbitration, a form of alternative dispute resolution (ADR), is a technique for the resolution of disputes outside the courts. The parties to a dispute agree to be bound by the arbitration decision (the “award”). An arbitrator reviews the evidence in the case and imposes a decision that is legally binding on both sides and enforceable in the courts.

Arbitrators hear all sides of the dispute, study the evidence and then render a final and binding decision. Our arbitrators are considered contractors, not employees, of the State of Georgia Office of Dispute Resolution who oversee cases throughout the United States and internationally.

Arbitration is often used for the resolution of commercial disputes, particularly in the context of international commercial transactions. In certain countries such as the United States, arbitration is also frequently employed in consumer and employment matters, where arbitration may be mandated by the terms of employment or commercial contracts. 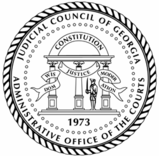